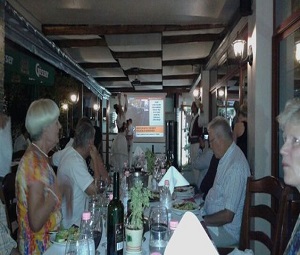 Meticulously selected from each city are the very best locations for a once in a lifetime experience. Discover Albania and North of Greece with this tour program that brings travelers to some of the most amazing locations that Albania has to offer. Explore Tirana, Pogradec, Korca, Gjirokastra, Saranda, Vlora, Berat, Durres, Kruja and visit sites and museums as National museum, Butrinti Archaeological Site, Greek Settlement of Apollonia, Onuphri Icon Museum, Roman amphitheater, Skanderbeg Museum. A two-day extension to Meteora and the city og Ioannina (northern Greece) will be another unforgettable experience.

Meet at airport with our guide and transfer to Tirana. After a short break we will start the tour from Skanderbeg Square, (photo stop at Skanderbeg’s Monument), National Museum (the huge mosaic on front represent the Albanian history development and the stages of this development are presented on respective pavilions) then you continue to see other important buildings: Palace of Culture, Opera House, National Library, Mosque of Ethem Bey, the Clock Tower, Tirana Castle, Parliament, Ura e Tabakeve, National Art Gallery, mean government buildings, catholic and orthodox cathedrals, the Pyramid, Prime Minister building, Palace of congresses, Mother Teresa Square, Archaeological Museum (there are presented many archaeological discoveries since the Stone Age up to the Medieval), Presidential palace, Ex-Blloku (which used to be the most beautiful and protected zone were the ex-communist leaders families lived). Visit the Cold War corner (one Bunker, part of famous Spac Political Prison, and a piece from Berlin Wall). Overnight in Tirana.

After breakfast we leave the crowded Tirana and will have a new experience in the medieval town of Kruja. Kruja is 32 km away from Tirana. This historic city is 608 m above sea level and offers an open vista to an amazing panoramic view. The name and the importance of the city are closely related to the 25 years of activity of our national hero, Skanderbeg, who in the fifteenth century made Kruja a bastion of uncompromising resistance against the Ottoman. Gjergj Kastrioti (Skanderbeg) Museum is situated inside the castle walls, which date back to the fifth and sixth centuries A.D. The museum itself was inaugurated in 1981. Within the walls of the castle are also the Ethnographic Museum and the Dollma Tekke. Near the castle’s entrance is a traditional market, which dates back to the period of Skanderbeg. Here, tourists can find Albanian craft products such as embroidered items, carpeting, silver objects, copper, alabaster, filigree, traditional clothing, antiques  at the traditional Old Baazar of Kruja. Next proceed to Berat. Berat is one of the oldest cities and the pride of Albanian architecture. The three major neighborhoods of the old city are Mangalemi, Gorica, and the Kala where the castle itself is located. We will start our tour with the castle area. Visiting the ‘Castle’ involves a steep walk up a cobbled path, but those who make it to the top will be rewarded with a fine view of the surrounding area. We will visit the Museum of Iconography ‘Onufri’ which bears the name of the renowned fresco and icon-painter Onufri, who has left a rich inheritance. This museum is located within the cathedral of St. Mary’s Assumption. We will also visit the Red Mosque, recognized by its lonely minaret and St. Trinity Church. After the fortress you will visit the Mangalemi quarter and the National Ethnographic Museum. This museum is located in one of the most characteristic and interesting houses of the town, a rich assemblage of traditional objects (more than 1000) and is one of the greatest examples of Berat’s long history and culture. Across the Osumi River lies the Gorica neighborhood, whose houses face those of Mangalemi. The arched bridge of Gorica, built in 1780, is a beautiful architectural monument constructed to link Gorica with Mangelemi. Overnight in Berat.

After breakfast we will proceed to the wonderful city of Korca but first we will stop in Dumre zone. Like a crown full of precious stones, the Dumrea area with its 86 lakes enchants every passerby. Positioned in the Belsh area, 160 meters above sea level, Dumrea lakes are known for their features and extraordinary landscapes that they create in harmony with each other. Lake Belsh with the most beautiful and the most populated area around it and a stop in Belsh to visit this small town would be a very good idea. A walk near the modern promenade, or a stop near a cafe, will allow you to enjoy the panorama of the lake in a different way.  After Belsh we will proceed to Korca. Overnight in Korca.

After breakfast we will visit the city of Korca. Korca it is one of the largest and most important cultural and economic centers of Albania, located in the southeastern part of the country. The city is known for its typical quarters, composed of low houses and villas, which are paved with cobblestone. The city owns several museums such as the Education museum, The museum of Medieval Arts, Archaeological Museum, Bratko Museum etc. There are found in the city beautiful churches to be seen and XV century mosque. Enjoy some free time on your own along the “Bulevardi Republika” or visiting the Old Bazaar part of the city. After visiting Korca we will cross the border with Greece. Afterwards we will drive for overnight in Kalambaka, Greece.

After breakfast we depart to Meteora, a wonderful monument of nature complemented by the ingenuousness of man. Breathtaking rocks hundred of meters high situated in the middle of vast lowlands which seem to have fallen off the sky, very likely the word Meteora has been purposely been used based on this impression the rocks give to anyone who sees them. These rocks which on their own are stunning enough carry on their backs wonderfully crafted monasteries which make for a monumental interaction between nature and man which never ceases to impress new and repeat visitors to this place. The most famous and probably the best monastery out of all Meteora monasteries, the Great Meteora Monastery or as it is known locally the Megalo Meteoro Monastery or Metamorphisis. Depart to Ioannina, Greece, where we will visit the castle of Ali Pasha in the centre of Town, the burial place of the pasha and the Mosque turned into his museum. Overnight in Ioannina.

After breakfast we will proceed to Albania. Afterwards we will visit the Blue Eye, water spring, natural phenomenon. A popular tourist attraction, the clear blue water of the river bubbles forth from a stunning, more than fifty-meter-deep pool. Then we will drive to the ancient city of Butrint, (another UNESCO world heritage site. The city was first settled by Greek colonists and was continuously inhabited for centuries forming archaeological layers of different civilizations, making it an important discovery in the Mediterranean. It is situated in a beautiful peninsula among dense vegetation offering visitors more than just old ruins. Free afternoon in Saranda. Overnight in Saranda.

After breakfast we will spent this morning in the museum city of Gjirokastra, which is also one of the three UNESCO sites in Albania. The city is overlooked by Gjirokastër Fortress, where the Gjirokastër National Folklore Festival is held every five years. It is the birthplace of former Albanian communist leader Enver Hoxha and notable writer Ismail Kadare. Many houses in Gjirokastër have a distinctive local style that has earned the city the nickname “City of Stone”, because most of the old houses have roofs covered with flat dressed stones. Gjirokastër features an old Ottoman bazaar which was originally built in the 17th century; it was rebuilt in the 19th century after a fire. There are more than 500 homes preserved as “cultural monuments” in Gjirokastër today. As leaving Gjirokastra city , continue next  to the ancient city of Durres, that is also the most important seaport in Albania. Visit the Amphitheater, the biggest in the Balkan Peninsula (capacity 15.000 spectators) with a rare wall mosaic, which belongs to the 2nd century A.D. Overnight in Durres.

Transfer from Durres to Tirana airport. End of our service. 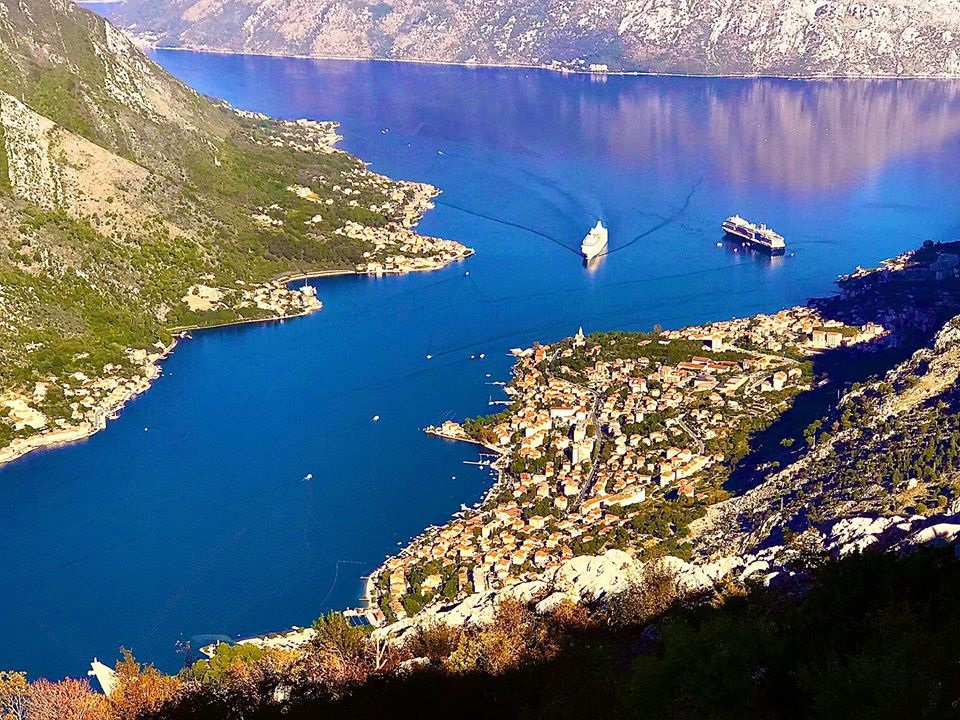 3 Days Tour from Tirana to Montenegro 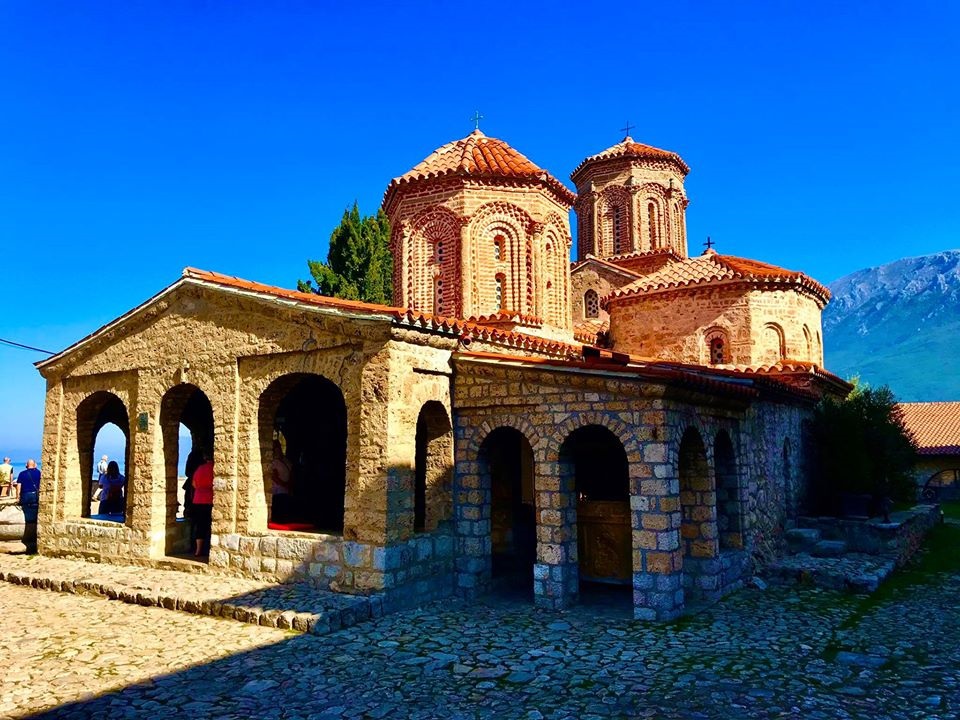 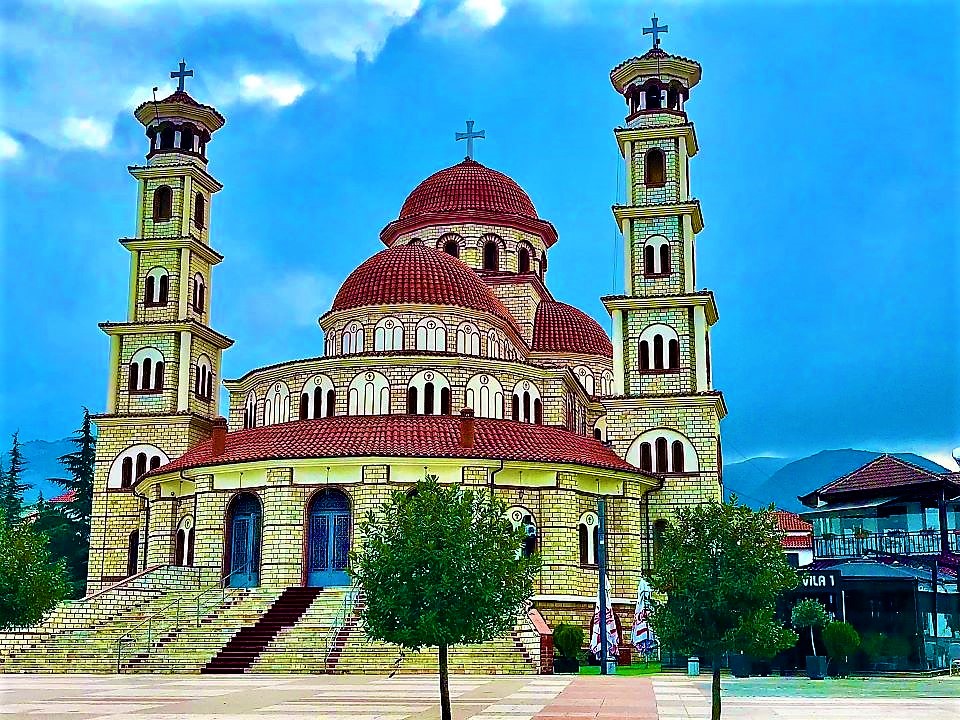 Eastern Europe and the Balkans

Register now! We will send you best offers for your trip.

We use cookies to ensure that we give you the best experience on our website. If you continue to use this site we will assume that you are happy with it.OkPrivacy policy